An eminent scholar in the Department of Human Development & Family Science has received a $3.4 million grant from the John Templeton Foundation to study the psychology of divine forgiveness or forgiveness from a higher power.

“Divine forgiveness is a source of great comfort for people of faith,” said Frank Fincham, an FSU eminent scholar and director of the FSU Family Institute in the College of Health and Human Sciences. “We know very little scientifically about how humans think about, experience and relate to this notion.” 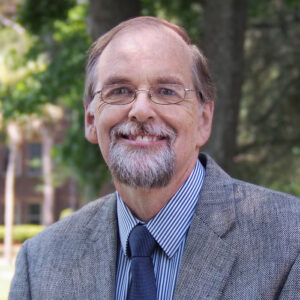 Fincham and his team will establish systematic research on the perception and experience of divine forgiveness to help understand its psychological implications and its interplay with other forms of forgiveness. An estimated 84% of the global population identifies with a religious group.

The idea of forgiveness, forgiving others and seeking forgiveness from a higher power is a foundational concept in most longstanding religions. According to Fincham, such religious beliefs are a core motivating feature in many people’s lives.

In addition to building foundational research, Fincham hopes to answer many interesting questions that follow.

Among many items, his research will ask people to report on their experiences, the frequency with which they feel forgiven by their God or gods, and how they go about seeking divine forgiveness or forgiveness from higher powers.

The grant will foster innovative ideas and integrate them with empirical study to provide the first systematic body of research on divine forgiveness, says Fincham.

Myriam Rudaz, assistant professor in the Department of Human Development and Family Science at the FSU College of Health and Human Sciences, will serve as a co-principal investigator on the project. More information is available at divine-forgiveness.org.

This article originally appeared on news.fsu.edu.

Congratulations to our Fall 2022 graduates! 🎓 T

It's been a busy end to the semester at the Colleg

If you try hard enough, you might be able to smell

We are excited to host alumna Dierdra Chester, Ph.

Jennifer Steiner, Ph.D. received a grant from the